We may earn money or products from the companies mentioned in this post.

Tonight was a rare treat.  Due to my scheduling error (forgetful, lol) the meeting I thought was tonight was last night.  Long story short, I missed the meeting but that left us with a free family evening.  We decided to go see Ford vs. Ferrari before the weekend crowds.  We have been looking forward to the movie release.   We are not only huge car aficionados, we are Shelby fans.  The cars and the man. Ford vs. Ferrari is a fun night out.

For my 50th birthday we had the opportunity to spend the weekend at an automobile event as members of the Team Shelby Experience.  Carrol Shelby had passed away a few years before, but we had the opportunity to meet and spend time with his grandson Aaron, president of the Carroll Shelby Foundation, as well as members of Shelby American Management.  To say this was the experience of a lifetime is an understatement.  We also got the opportunity to hear all about Carroll Shelby from his family and friends.  So, is it any wonder we could not wait to see the movie?

At 152 minutes, this is not a short movie.  But the time goes quickly.  Going in with no expectations, we were more than entertained by the film.  Matt Damon, with an accent that sounded eerily similar to the one Josh Brolin used in MIB3, was very believable as a young Shelby.  Christian Bale also did a great job as fearless driver and gifted mechanic Ken Miles.  The supporting cast of actors including Josh Lucas as Ford executive Leo Beebe, Jon Bernthal as Lee Iacocca, Catriona Balfe as Mollie miles, Ken’s wife, and Tracy Letts as Henry Ford II were very believable.   We were treated to an evening filled with cheering, rooting against the bad guy, and tears.  This movie does a great job covering the real life events that transpired during Ford Motor Company’s journey to win LeMans.

The movie begins with Carroll Shelby’s win at LeMans, the 24-hour road race. He was the first American ever to win.  Lee Iococca talks Shelby into teaming with Ford to help them develop a racing program and car to beat Ferrari (and Enzo Ferrari) who was dominating racing at the time.  This occurred after Ford’s aborted attempt to partner with Ferrari Racing.  Enzo Ferrari was only using the American Auto manufacturer’s interest in Ferrari to gain a partnership with Fiat.  Ford’s management teams were in conflict with Shelby’s vision for the racing team, and they were not successful in their first attempt at LeMans.  Their efforts did lead to building a car that went faster than any other, including Ferrari’s.

Instead of scrapping the program, Shelby convinced Henry Ford II to let him have control.  Shelby knew it meant choosing the right driver, Ken Miles.  Shelby and Miles were able to develop a version of Ford’s GT-40 that had a strong chance to take the checkered flag at LeMans.  Despite opposition for Beebe, who did not like Miles, Shelby was persuasive and managed to convince Ford that Miles was the best driver.  Ford took first, second, and third at LeMans in 1966.  In a nod to Ford wanting a photo op, Miles who was leading by over 4 minutes agreed to slow down so that all three GT-40’s would cross the line at the same time.

This movie is based on a true story, and most of it is factual.  There are some parts however, that are pure movie fiction.  Without giving anything away, this movie will not only entertain, but will have you rooting for the underdog.  There were tears in many eyes at the end of the evening.  You will also get a glimpse at some of the most iconic cars ever produced, including the 1964 ½ Ford Mustang.  For a car nut, this movie is a definite yes.  For someone who wants to be entertained, including us ladies, this movie is a definite yes.  Ford vs. Ferrari is a fun night out.  Enjoy! 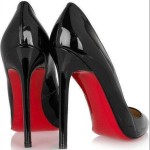 Connect with MadandMom on Social Media

Lifestyle Blog for women of all ages